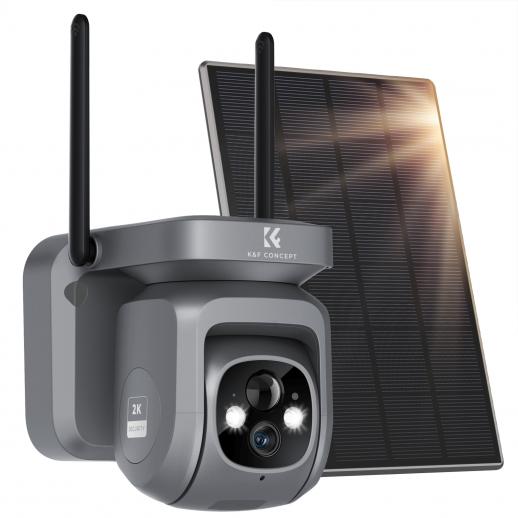 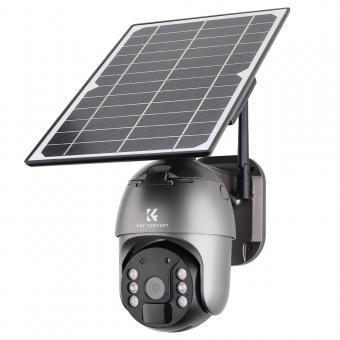 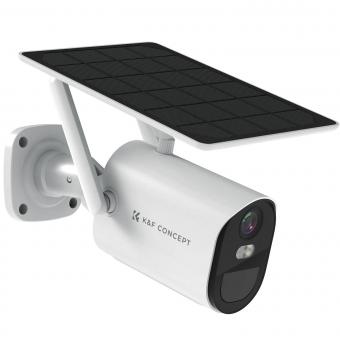 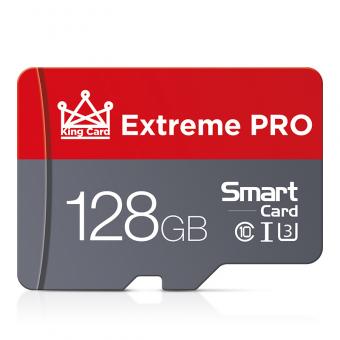 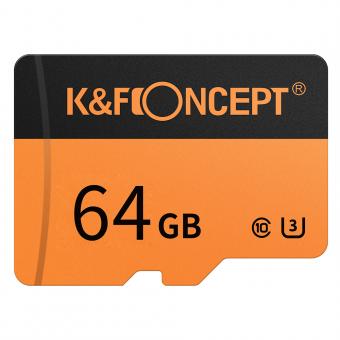 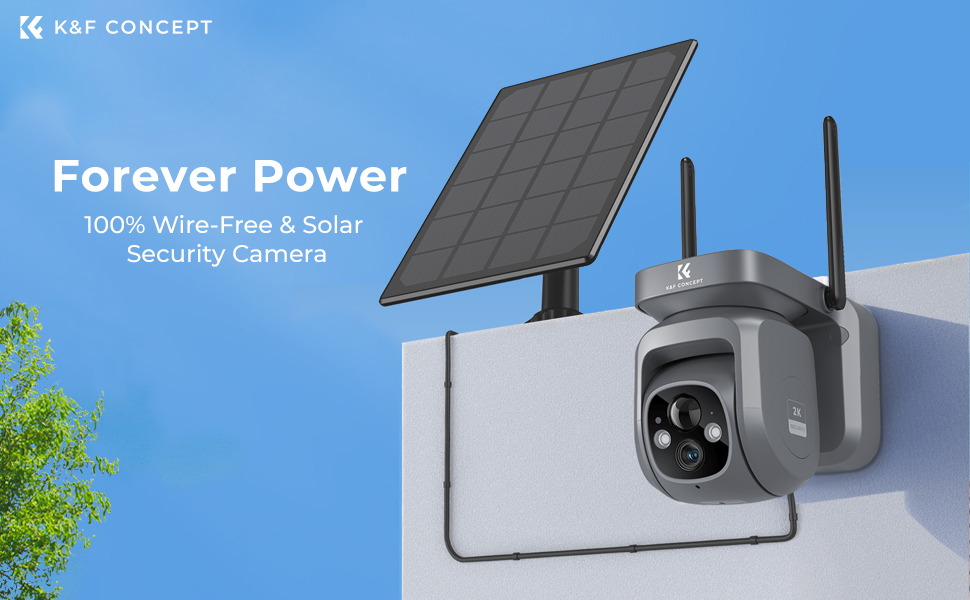 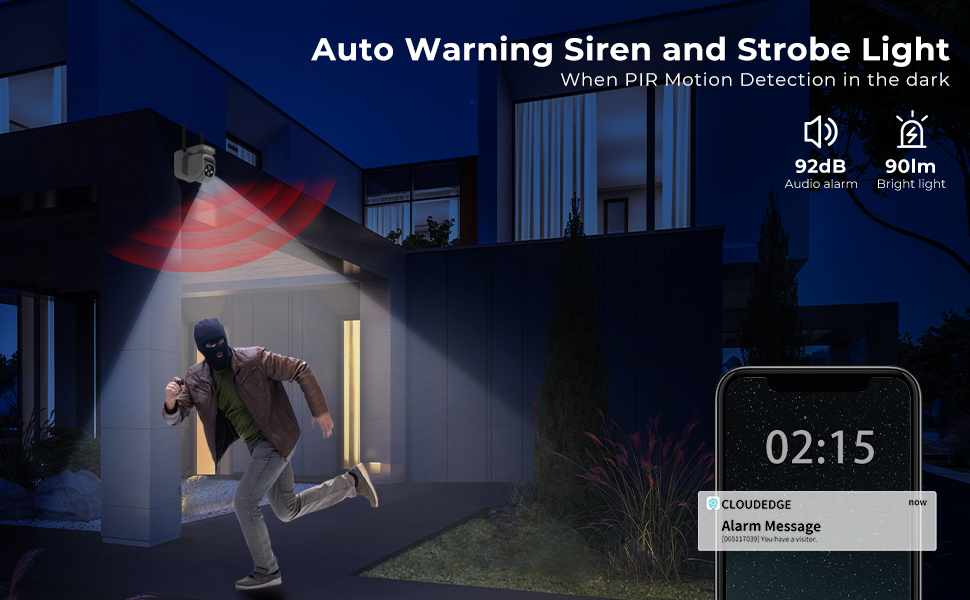 PIR motion detection and instant alerts
Outdoor wireless solar camera can detect moving targets in time. When the PIR sensor detects human motion in the dark, the product's spotlight lights up and a quick push alert notification is sent to the app. you'll know exactly what's going on around your home even when you're not there. You can also set audio warnings and alarm zones to scare away burglars who approach your home. 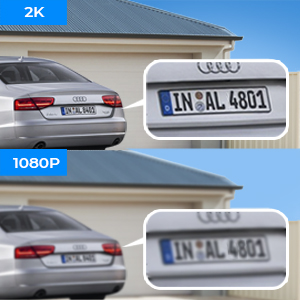 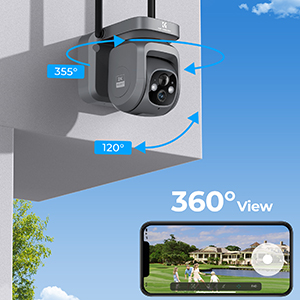 360° all-round protection
Outdoor wireless solar camera allows you to remotely control its left/right/up/down rotation through the gimbal function on the app, which provides 120° vertical and 355° horizontal rotation range, 360 degrees all-round protection for your home. 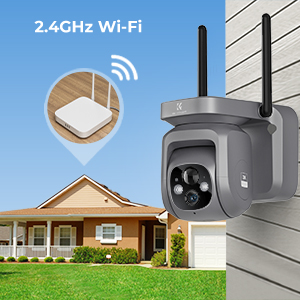 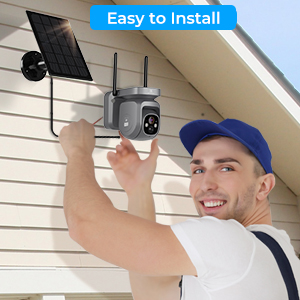 100% wireless, no plugs required
No need to run wires, you can quickly install the product in more places outdoors, solar power and batteries will continuously power the product. The best choice for saving time! 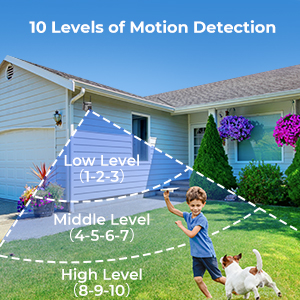 PIR motion detection
Equipped with advanced PIR sensor, it can accurately capture human motion and push messages in time, with 1-10 levels of adjustable sensitivity, if you want to detect cars or animals, please turn off the "motion detection" button. 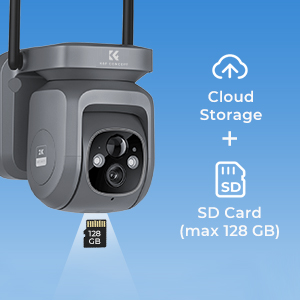 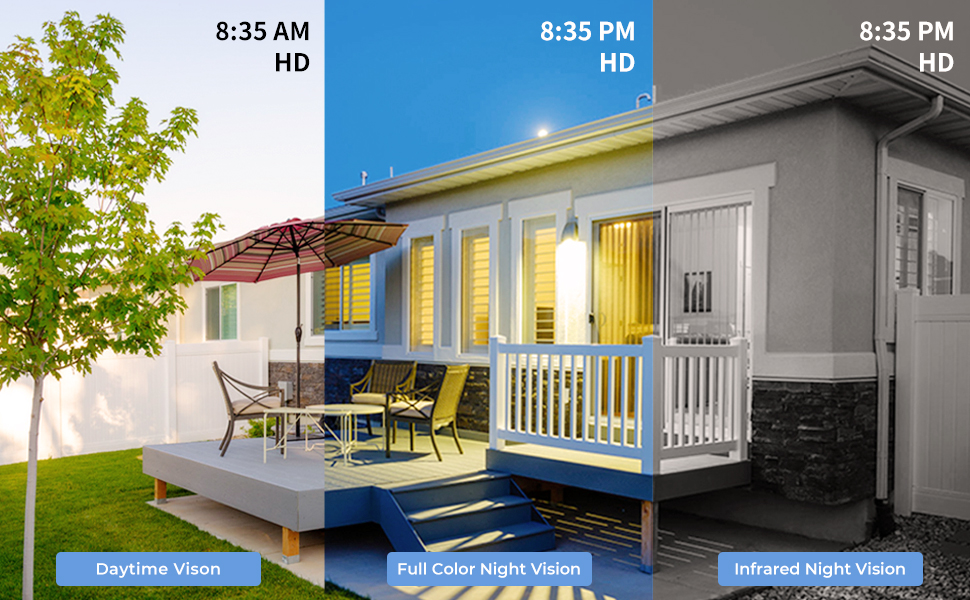 Three types of video screen
More night vision modes for you to choose from: full color, black and white.
With 2 white LEDs and 2 infrared LEDs built in, the k&f concept solar-powered wireless camera has night vision up to 33 feet, so you can see through everything even in the dark.
Reviews (24)
Overall Rating 4.8
Jennie Ramey

5
Great camera I love it
Great camera , The only problem I had is with the SIM card, just make sure you have 4G SIM card and if you planning to get one from AT&T that won’t happen. So what I did I took the SIM card from my iPad and used it on the camera it it work beautifully, I have the camera placed by the gate on 20 Acre ranch and the gate is far away from the house. I was able to Receive notification and Monitor my gate from anywhere. I’m thinking of getting another one but I don’t have another SIM card
31/03/2022
K&F Concept Customer

5
Great off grid camera
This cellular, solar camera allows us to view land we bought in Tennessee without power. It was challenging to find a cellular, solar camera (with rechargeable batteries) to be able to monitor the area remote. The pan, tilt works great and connection to live viewing is quick. One issue, make sure you write down your password so you can share the camera with others. Great camera and solar panel keeps it charged. Great solution for remote area without power. I did go to my Verizon store and added a SIM card onto our account for the cellular connection for $20/ month without a contract. Love the camera.
23/03/2022
dale gagner

4
Great Camera, some network quirks
I have ATT as my carrier and I checked 4G coverage on their website for the location I wanted to use this camera which was several states away from me. I ordered a universal SIM card selecting the option that I was going to use it in a tablet. ATT mailed me the sim card and added it to my account. I put the camera together and verified that the sim card worked. I fully charged the camera with the included cable and then took it to my location and mounted it by screwing the bases into a tree. I had the solar panel kit and connected that. The camera showed 4 out of 5 bars of 4G at this location.The app software is pretty good, a little more complicated than I think it needs to be. I have a hard time getting to the sections of the app I use the most, like looking for the battery charge indication, any captured movement film clips, etc. To get email notifications, the app wants your email address and your email account password. I use Gmail and Gmail does not like the app and blocks any attempt by the app to get into Gmail, so I can't use this function.Connection and quality is a little inconsistent, though this is most likely network related and my setting the camera for the highest quality picture. Sometimes I get the best results when using my WiFi only tablet to connect to the camera. It pans the camera almost instantly even from several states and thousands of miles away. Using my cell phone with 5G to connect to the camera with the app I will get a clear picture, but the panning has several seconds of delay and lags. Sometimes, no matter what device I am using, it takes almost a minute for the camera image to come up, I will get an updated, yet frozen image, with "loading stream" and "connecting" messages for up to 30 seconds to over a minute. With panning, the camera will have a current signal because the time stamp will update but it just won't pan no matter how long you direct it too. Switching to the app on a laptop during all of these issues, I was able to connect quickly and pan with some minor delay after directing the panning, but I have had times when the tablet has trouble loading and then switching to PC it also takes some time. Once again, I think this is all network depending on time of day and what is going on. I do think I prefer the PC app better than the mobile version for navigation, function and the panning control (not a fan of the app panning control "buttons").The battery with the solar panel so far is awesome. After a week of February cloudy days, rain, wind, and a solar panel location that only gets half day sun filtered through trees, I have not gone under 98% battery and have gone back up to 100% several times. This is with checking the camera for a few seconds several times a day and doing some panning. The microphone picks up sound pretty good (though where my camera is, I all hear is the wind and grass rustling). I haven't tried talking to the woods and forest animals with the speaker function.Night vision is pretty good. I had some moisture or water drops on the lens which the IR caught and illuminated so it gives off glowing round reflection on parts of the picture at night.Overall, very impressed with the picture/video quality especially during the day. Very cool how I can be thousands of miles away and watch my plot of land that has no power or internet.
22/02/2022
mike corbin

5
Added security for my Open Storage Lot!
I would like the night vision to be more clear! Motion detector works well! Alert works well!I own a RV Storage lot and added security was what I was looking for!
06/12/2021
Rich

5
Move around do you get a good signal
Poor Pitcher quality even on 1080
29/11/2021
Load More...      1/3
FAQs
Q
How to switch the network of the camera to another router?
A
First remove and reset the device on the APP, and then configure the device again through the APP.
Q
Why can't the device recognize the SD card?
A
It is recommended to insert and unplug the SD card after the power is turned off, and check whether the SD card is available normally and whether it is in FAT32 format. When the mobile phone network or the device network is unstable, the APP will also prompt that the SD card cannot be recognized.
Q
What should I do if the device cannot preview normally?
A
Check whether the network signal is too weak. You can place the camera near the router. If it still doesn't work, it is recommended to reset the camera and add it again.
Q
After the scan code addition fails, what should I do if it is still unsuccessful?
A
After the addition fails, it is recommended to restart the device or power off the device, and then try to add it.
Q
After resetting the device, why is there still a device in the device list?
A
Resetting the device only resets the network settings of the camera, but cannot change the configuration on the APP. To delete the camera, you must log in to the APP to delete.
Load More...      1/3
Top Bestselling Products 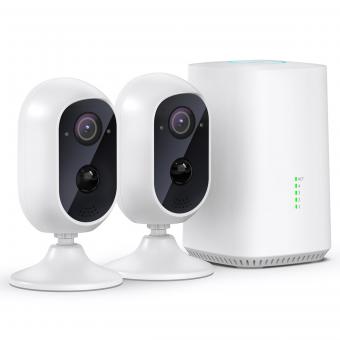 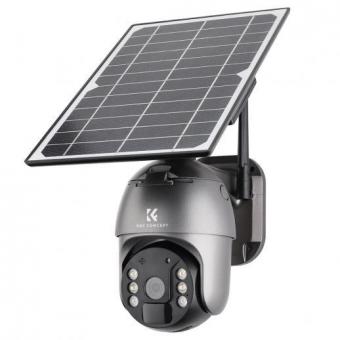 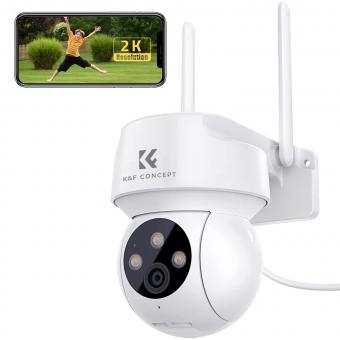 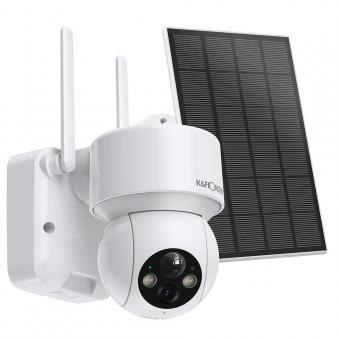 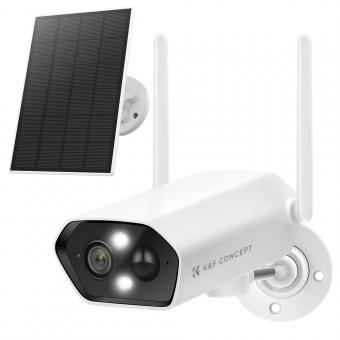 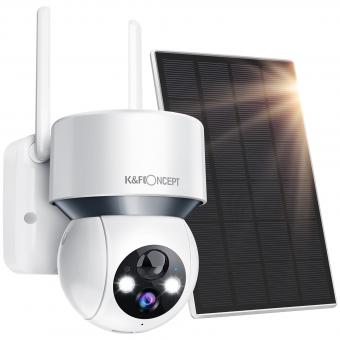 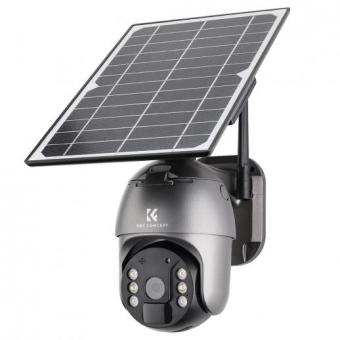 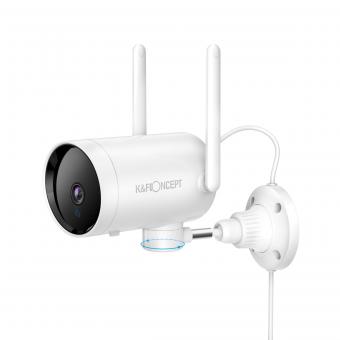